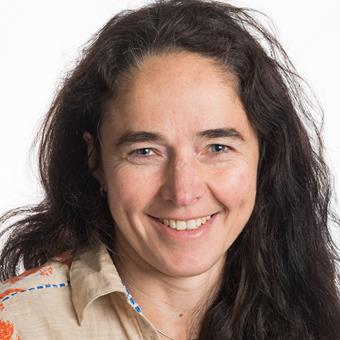 Ingrid Hotz received her M.S. degree in theoretical Physics from the Ludwig Maximilian University in Munich Germany and the PhD degree from the Computer Science Department at the University of Kaiserslautern, Germany.

During 2003–2006 she worked as a postdoctoral researcher at the Institute for Data Analysis and Visualization (IDAV) at the University of California. From 2006–2013 she was the leader of a research group at the Zuse Institute in Berlin Germany. From 2013–2015 she was the head of the scientific visualization group at the German Aerospace Center (DLR).

Her research builds on ideas and methods originating from different areas of computer sciences and mathematics, such as computer graphics, computer vision, dynamical systems, computational geometry, and combinatorial topology.